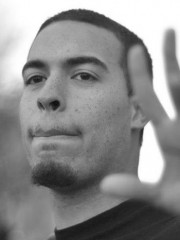 Ryan Cecil Jobson is a doctoral student in the combined degree program in Anthropology and African American Studies at Yale University. In 2011, he received a B.A., summa cum laude, Phi Beta Kappa, in Africana Studies and Anthropology from the University of Pennsylvania. At present, he is conducting archival and ethnographic research on natural resource development in Trinidad & Tobago, exploring the ways in which the extractive industries of petroleum and natural gas mediate claims to citizenship by environmental activists, trade unionists, and everyday actors in the twin-island nation. More broadly, his research encompasses questions of postcolonial sovereignty, consumption, popular music and performance, and genealogies of anthropological thought in the Caribbean and African Diaspora.

My research examines the relationship between extractive fossil fuel industries and populist discourses of citizenship in Trinidad and Tobago. Interrogating a normative rendering of citizenship as a top-down structure endowed by the state, I consider the ways in which citizenship is being refashioned by labor unionists, environmentalists, and everyday citizens who appeal to state and non-state bodies in their efforts to construct the oil and gas industries as sites of political claims-making.