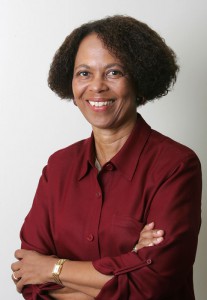 Leith Mullings, who received her Ph.D. from the University of Chicago, is a Distinguished Professor at CUNY Graduate Center. Her writing focuses on structures of inequality and resistance to them. In Africa, she has done research on traditional medicine, religion and women's roles. In the U.S. her work has centered on urban communities. Through the lens of feminist and critical race theory, she has analyzed a variety of topics including kinship, representation, gentrification, health disparities and social movements. Several of her projects have utilized the methodological approach of community participation in research. Mullings has received grants from the NSF, the CDC and the Kellogg Foundation. She has been awarded the SANA Prize for Distinguished Achievement in the Critical Study of North America and the Chair in American Civilization, École des Hautes Études en Sciences Sociales, Paris, France. She served as President of the AAA from 2011 to 2013.

Mullings, Leith. “Resistance and Resilience: The Sojourner Syndrome and the Social Context of Reproduction in Central Harlem,” Transforming Anthropology, 13(2): 79-91, 2005.

Marable, Manning and Leith Mullings, editors. Let Nobody Turn Us Around: An Anthology of African American Social and Political Thought from Slavery to the Present, Second Edition, Lanham, MD: Rowman and Littlefield 2006.

Mullings, Leith. On Our Own Terms: Race, Class and Gender in the Lives of African American Women, New York: Routledge, 1997.

An Ethnohistory of the NYC African Burial Ground

In 1987 one of the oldest burial grounds of people of African descent was discovered in Lower Manhattan, New York City. It quickly became the object of contestation involving community residents, the state, scholars and politicians. The researchers interviewed key participants and activists, analyzed archival collections and reviewed historical records in order to understand the evolution and meaning of social movement that developed to preserve and memorialize the site.

Racism and Antiracism in the Americas

This project explores current conditions of indigenous and African-descended people in the western hemisphere, including the US, Central America and Latin America. Engaging critical race theory, the goal is to compare new manifestations of racism and the effectiveness of strategies to address them. The project will interrogate such issues as dispossession and the changing face of the racial state, emerging class structures, coalitional politics and the limits of multicultural democracy.