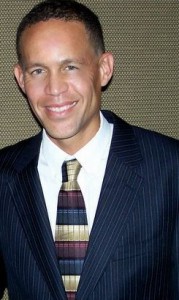 David Simmons is an associate professor with a dual position in the Department of Anthropology and the Department of Health Promotion, Education, and Behavior at the University of South Carolina. He studies health and healing practices as they intersect with various fields of power in a range of historical and contemporary contexts. His topical specializations are in infectious disease (specifically HIV/AIDS), vernacular forms of medicine, and social justice. An award-winning teacher, he has also been recognized for his outstanding efforts on behalf of Haitian agricultural workers by the American Embassy in Santo Domingo and was awarded the Distinguished American Citizen Award (2002) as well as the Joseph F. Wall Sesquicentennial Service Award (2004) from Grinnell College. Dr. Simmons earned his Ph.D. in Anthropology from Michigan State University. His publications include numerous peer-reviewed journal articles as well as the book, Modernizing Medicine in Zimbabwe.

Simmons, David. “The Role of Ethnography in STI and HIV/AIDS Education and Promotion with Traditional Healers in Zimbabwe.” Health Promotion International doi:10.1093/heapro/dar004, 2011

Simmons, David. “Religion and Medicine at the Crossroads: A Re-examination of the Southern Rhodesian Influenza Epidemic of 1918.” Journal of Southern African Studies 35(1):29-44, 2009

I am interested in how power comes to shape the terms of engagement and meanings of health, healing, and therapeutic practice among differently positioned actors. My interest is epistemic violence-that is how biomedicine establishes its truth claims on healing efficacy and how subaltern forms of healing respond to this process.Along this line, much of my research in Zimbabwe examines the dynamic and often conflicting relationship between vernacular forms of medicine and biomedicine.

My work in the Dominican Republic follows a similar trajectory focusing on the corollary of epistemic violence-structural violence-and its ability to shape health outcomes for poor Haitian agricultural workers through the state-sponsored project of anti-Haitianism.